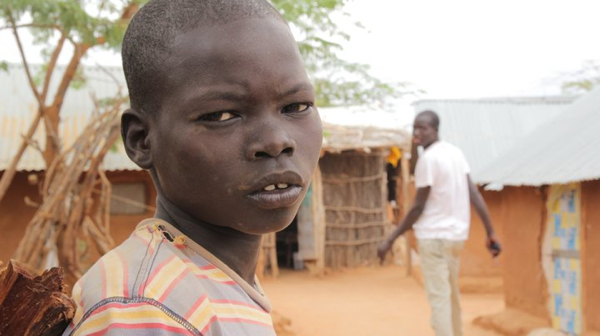 Posted at 16:27h in Uncategorized by Sebo

It was in the noon and river was churning against the bridge.

It could have been worse for us,
to drink from cup of the sorrow and endurance,
bitter of poision and sour of the yellow lemon trees.
We thought it was a time for us, a time to pay the prize for our
ancestoral land.
Since nothing in this world’s certain,
we thought it was an eclipsed face of racism that sent uncertain
light, winnowed by times into an unstable life,

when Anuak,
lied death in the lap of their own land.
Lied death in unfaired weather of discrimination.
Lied death peacefully on streets,
when my eyes reached far more then i could have imagined

looking for
someone, a someone who can stop this unquenchable fire.
We thought it was our dumbed ears beat, echoing deepen into drums,

when men craved for the mask to hide their faces,
wore skirts to disguse, to be looked like women,
while forgotten beards.
And a sign of hell appeared accompanied by the ugliest faces of death.
When sky sang a good bye somg to educated, religious men and students
in Gambella.
It was like a hot potato stuck in thoats.
She shocked into sleeplesness, scared of bed, back during the day
husband dropped death infront of her.
Quiet she sit, never sleep, stranger as she stared in the dark blue jean night.

What’s remained?
For their thirsty they drank the blood.
For their dance they teared our flesh.
For enjoyment they wrapped women and under ages

back in our silence and grief, we remained with smoke, orphans,
widows and widowers.

For such mass murder, who will bring justice?