its all about water 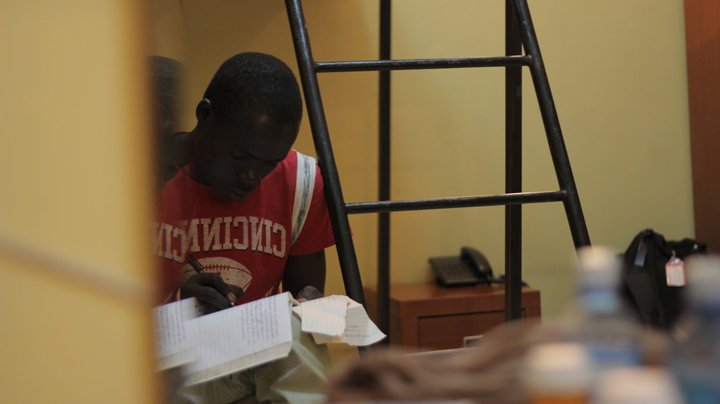 15 Apr its all about water

Posted at 16:15h in Uncategorized by Sebo

Ojullu is currently continuing his education at a boarding school in Nairobi. He spoke to us over the phone this past weekend. He wrote another poem, he says. He tells us to post it on the website. “Let them hear my poetry”, he says. Let them know how much this encourages me.

its all about water

Life was not what we thought
poverty,
the ragged clothing and the looks on the faces of malnourished children,
he was left uneasy and overwhelmed,
nobody minds their welfare.
On the queue it was another drama,
people pushing each other,
it’s all about water,tents,food and firewood,
nobody tried to mind his etiquette.
“you fool”
you could hear from a far distance,
the impenetrable patience was not known,
the fighting was not a big deal,
the crowd out of patience overflowed
into the windy and dusty street.

Children heaved a heavy sigh,
you could think it’s a relief but
not!
that was not it.
One could be left disturbed if he didn’t belong there.

He now conspired to taunt the children
wondered if to smile or cry,
he would be left by every stroke of it,
his heart being torn and tormented,
binding in fear
vein running out of oxygen.

The event had him fear the worst,
thinking heavily you could notice,
his sympathy to children was paramount.
The better is to the adult
and the worst is to children.

A cry of freedom is now a chorus,
repeated voice after voice,
again and again,
but no action for responsibility,
people are doing nothing in their views to relieve the suffering of the
average refugees,
they would sense their hope is gone
and fear was the king for time being,
their hearts in their hands and their lives at risk.