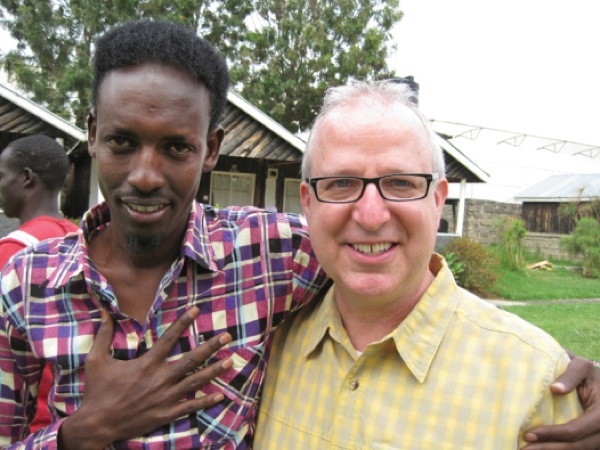 Posted at 16:07h in Uncategorized by Sebo

Richard E. Hess, the A.B., Dolly, Ralph and Julia Cohen Chair of Drama at CCM, has been awarded a Fulbright Scholar grant to teach and research at Kenyatta University in Nairobi, Kenya during the 2013-­14 academic year, the United States Department of State and the J. William Fulbright Foreign Scholarship Board announced recently.

Hess’ research project, The Collapsible Space Between Us: Creating Artistic Identity through Theatre-­Making in Kenya, will allow him to work with actors as an acting teacher, on original devised theatre as a director and in educating theatre-­makers: actors who are story­tellers with strong identities interested in creating exciting physical theatre.

Hess is one of approximately 1,100 U.S. faculty and professionals who will travel abroad through the Fulbright U.S. Scholar Program in 2013-­14.

Hess first traveled to Nairobi in June of 2011 to create an original theatre piece with refugees from the Dadaab Refugee Camp and CCM Drama students. The Dadaab Theatre Project performed at World Refugee Day with support from the United Nations and the Great Globe Foundation.

“In Kenya I met a group of multi-cultural, international, multi-language strangers who used the currency of theatre to open hearts, share identities, and give voice to the unspoken,” Hess explains. “I encountered heroic bravery and tangible hope, and was surprised by the intense trust and humbling respect given to me so easily. The Africans made me feel valued as a teacher in a way I have never felt. I am eager to return.”